As one of the oldest, continually operating franchises in the United States, Arthur Murray Dance Centers have been teaching he world to dance for more than 100 years. We now have over 260 studios in 22 countries!

Arthur Murray started teaching dance in 1912 at the Grande Palace in NYC. During this time, he learned famous dances like the “Castle Walk” and the Tango. He was also responsible for the world’s first radio broadcast of live dance music. Because he truly believed dancing should be available to anyone and everyone, his methods changed from in person lessons to direct mail through which he started sending out his iconic footprints, teaching one step at a time.

In the early 1920’s he met his wife Kathryn at a radio station in New Jersey while teaching lessons on the radio. They got married on April 24, 1925 and opened a dance school together.

In the 30’s the studio introduced such dances as the “Lambeth Walk” and the “Big Apple.” It was the “Big Apple” that turned Arthur Murray’s single studio into the largest chain of dance studios in the world today. In 1938, the first official franchised dance school opened. By 1946, when Arthur incorporated, there were 72 franchised studios grossing nearly 20 million dollars a year.

In July of 1950 Arthur decided to buy 5 fifteen-minute television spots on CBS and persuaded Kathryn to teach the lessons. Due to the success of these lessons, the Arthur Murray Party was born! The TV show ran from 1950-1962, and had famous guests such as Groucho Marx and Bob Hope. Two years after the show was cancelled, Kathryn and Arthur retired and sold the business to a group of business associates and a new era began.

Under the new leadership, Arthur Murray Incorporated continued to grow. With new dance crazes spurred on by popular TV shows and movies, and the rise of both national and global dance competitions, Arthur Murray Studios grow in popularity all over the world.

Our longevity is a result of excellent customer service, unparalleled social dance instruction techniques and experienced corporate management that carries on the tradition of a Spirit of Excellence that was started by Arthur himself in 1912.

used as a spacer

used as a spacer 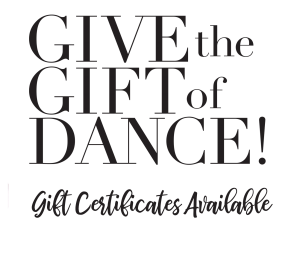